Surf’s Up is an arcade surfing and extreme sports video game. The action is set at the annual “Reggie Belafonte Big Z Memorial Surf Off,” where surfers from around the world are ready to risk it all for glory. Players experience the rush and thrills of surfing in exotic surf spots around Pen Gu Island and can rip it up and play as one of 10 characters from the film, including Cody, the young challenger from Shiverpool; Tank, the merciless champion; or Big Z, the surfing legend from the past. Only by mastering and understanding the waves can the player become not only the new champion, but a true surf legend. Game features include: Innovative arcade and surf feeling with players performing a variety of impressive tricks in the air and learning to surf inside a tube. Win the championship in the single-player mode or challenge your friends in the multiplayer mode with easy pick-up-and-play game controls. Surf in a variety of locations, each with its own waves and obstacles. Train in the calm water of Shiverpool, ride your first tubes in Pen Gu Island, and try to surf on the explosive waters of the volcano area. 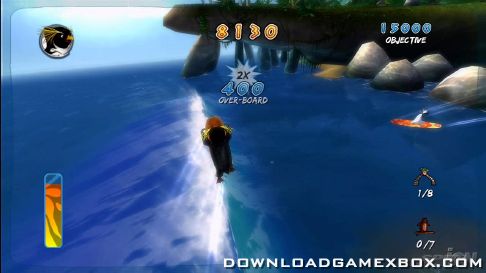 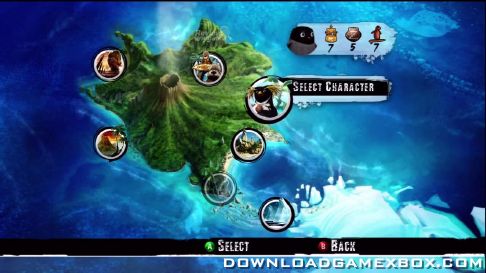