Hellboy provides players with fresh adventures featuring the acclaimed comic book’s unmistakable fusion of action, atmosphere and humor. On the trail of a crazed witch, Hellboy uncovers a Nazi plot for world domination and must rush to defeat the crazed Hermann Von Klempt before he can exert his evil will upon a hapless world. As a visceral brawler, the game lets players unleash Hellboy’s superhuman abilities as they smash their way through hordes of enemies with contextual use of the environment for added destructive power and strategy. An original storyline set in the Hellboy universe, filled with classic characters from the comic book. Explosive battle system with contextual grappling commands lets players experience Hellboy’s supernatural might as he unleashes the Right Hand of Doom on his enemies. Use strategy to take down hordes of enemies – toss a straggler into the crowd or manipulate the environment to create more manageable groups of enemies. Play as series favorites Abe Sapein and Liz Sherman in cooperative multiplayer modes. [Konami] 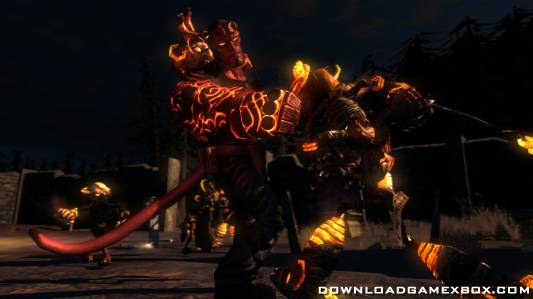 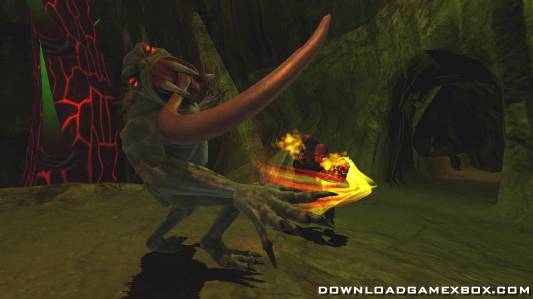