Greg Hastings Paintball 2 introduces more than 10 single and multiplayer game modes each staged in all-new, paintball locations based on actual fields around the world. Seven single-player game modes challenge the most experienced “ballers” to hone their skills and then test them against up to 19 others in seven different multiplayer game types. Whether playing alone or against others, Greg Hastings Paintball 2 ups the ante with game-changing weather conditions and field hazards including rain, wind and fog. The game also features an improved map editor along with the hottest new gear and weapons. When things are at their bleakest, players can even use the all-new cheat meter that lets them avoid elimination by successfully wiping away paint splatter before they’re caught.

Serious “ballers” can even become general manager of their own 10-player team composed of more than 100 professional and amateur paintball players. Gamers can trade players, issue commands, and use their earnings from the field to build each player’s individual stats, so the overall team is that much more competitive. The better the team assembled, the more tournaments a player stands to win, providing him with added cash to buy new gear, players and skill upgrades. 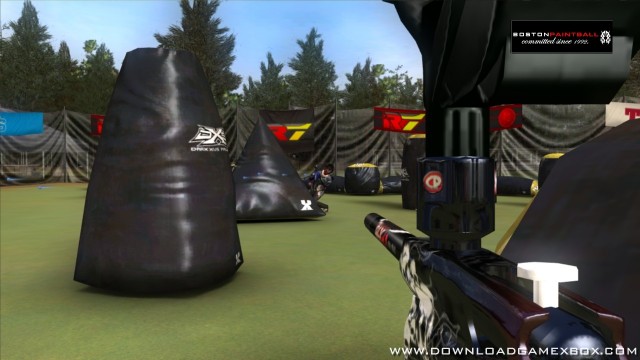 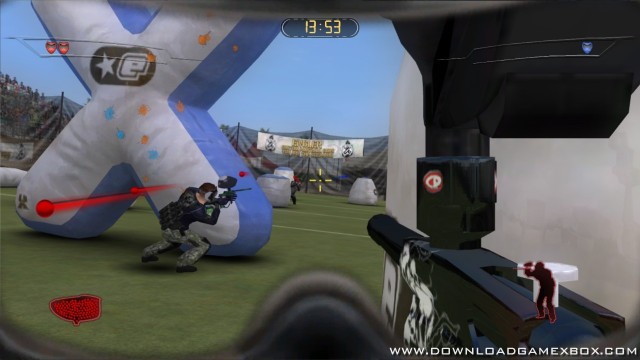 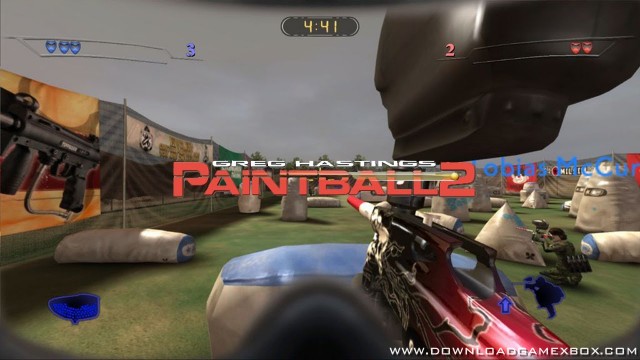