Step into a vast, unknowable land once again in this fourth game in the Far Cry franchise. Players find themselves in Kyrat, a wild region of the Himalayas struggling under the regime of a despotic self-appointed king. Using a vast array of weapons, vehicles and animals, players will write their own story across an exotic open-world landscape. Built from the legendary DNA of its award-winning predecessor, Far Cry 4 delivers the most expansive and immersive Far Cry experience ever in an entirely new and massive open world with a new weapons, vehicles, wildlife and more.

In Far Cry 4, you’ll conquer fortress outposts from the back of a six-ton elephant and take to the skies as you rain down explosives from the seat of your gyrocopter. The vertical landscape of the Himalayas isn’t just a pretty backdrop, but a playground that encourages the player to fight, hunt and explore, grappling up cliffs or launching into the air, plummeting to the valley below in a controlled free fall with your wing suit. You’ll carry with you a truly unique arsenal of weaponry that lets you play your way, whether it’s sniping, sneaking or all-out assault. When all else fails, animals can be your biggest allies or your greatest danger, as Kyrat’s wilderness delivers on the promise of a true open world anecdote factory.

Based in Kyrat, a breathtaking region of the Himalayas

The region is struggling under a despotic self-appointed king

Features a vast array of weapons, vehicles, and animals

Write your own story across an exotic open-world landscape

Scout enemy territory from above in the all-new gyrocopter and then plummet back to earth in your wing suit. Climb aboard the back of a six-ton elephant and unleash its raw power on your enemies

Choose the right weapon for the job, no matter how insane or unpredictable that job might be. With a diverse arsenal, you’ll be prepared for anything 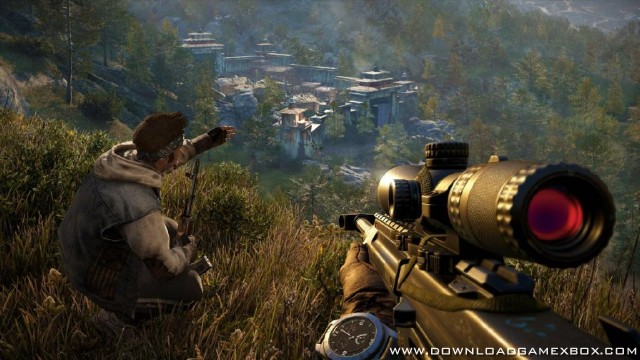 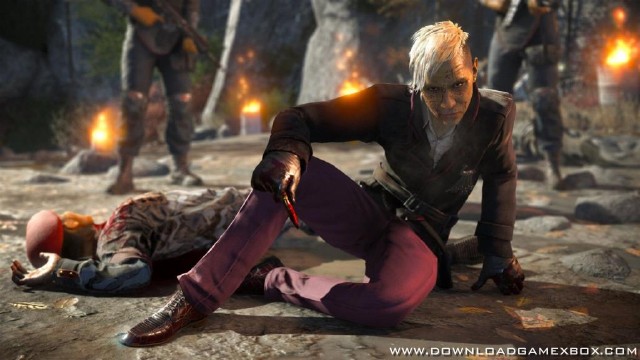 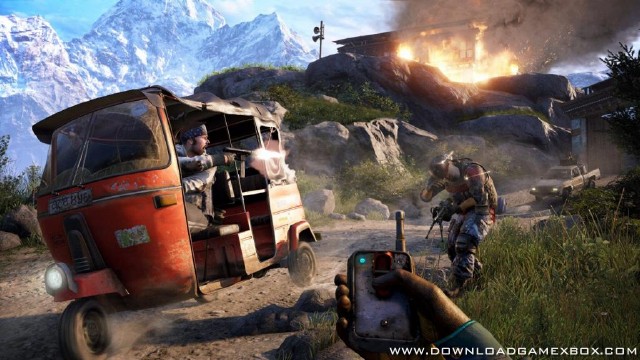