The world’s fiercest national rivalries ignite again in the only officially licensed videogame to let fans experience all the fun, excitement, and drama of the 2014 FIFA World Cup in Brazil. Featuring the deepest set of game modes ever in an EA Sports tournament title, all new gameplay innovations and improvements, and a rich presentation that captures the color and vibrancy of Brazil, 2014 FIFA World Cup Brazil will put fans in control of their nation’s fate.

EA Sports 2014 FIFA World Cup Brazil features multiple innovations and improvements to the award-winning gameplay of FIFA 14. From the ability to accelerate, decelerate, and change direction quickly on and off the ball with Explosive Movement, to the new World Class Control feature that uses Response Dribbling and Pinpoint Passing, fans will feel the athleticism and skill of their national football heroes. And one hundred new animations, including passing, saves, and penalty kicks, help play on the pitch explode with the drama and unpredictably of the official tournament.

With 203 national teams, 7,469 players, 19 officially licensed managers, and 21 new stadiums including all 12 authentic stadiums from Brazil, the 2014 FIFA World Cup comes to life with more detail and authenticity than ever before. In Road to the FIFA World Cup mode, players can choose from 203 national teams and play with one to 32 players locally through the qualifying rounds, and on to the group stages of the FIFA World Cup. Along the way, fans can get tournament updates from EA Sports Talk Radio, featuring Ian Darke and Andy Goldstein, or Roger Bennett and Michael Davies (Men in Blazers), with over 50 hours of recorded content to stay up to date on all the action. For those who want to celebrate the tournament online, Road to Rio de Janeiro is an all-new mode that lets players win their way across a map of Brazil’s 12 host cities in licensed and authentic stadiums. 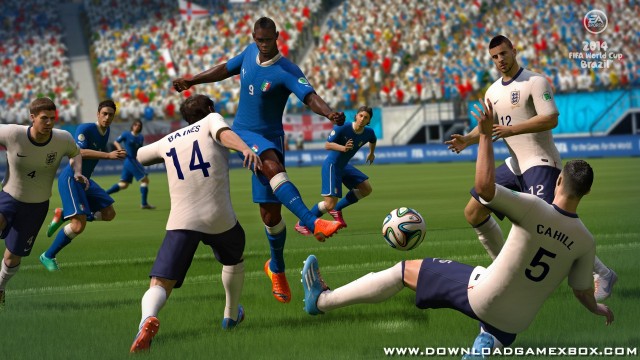 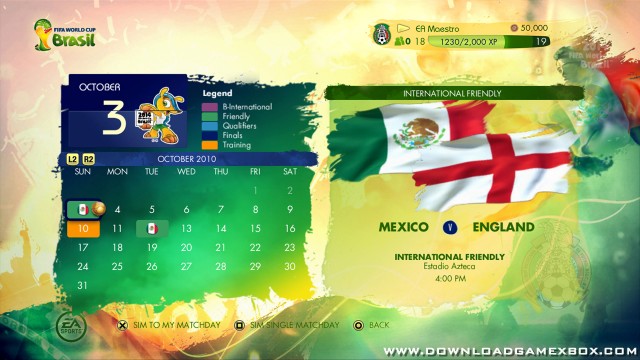 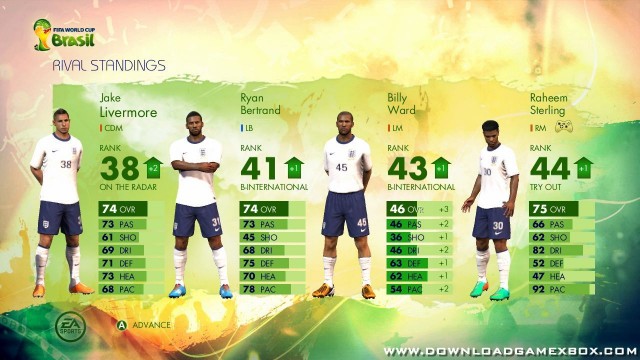